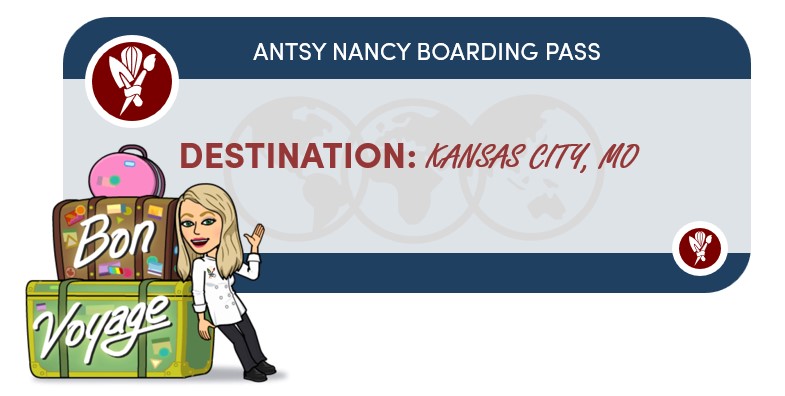 The first thing that comes to mind for me when I think of Kansas City is family. I’ve visited KC annually for the past 20 years and although it’s not home, I also don’t feel like a tourist. I know where to find all the best BBQ and I wear my Chiefs gear with pride. I am still, however always learning new things about this amazing city that loves its commitment to traditions and history.

When you visit KC for the first time or the hundredth time, a trip to Jack Stack for burnt ends and cheesy corn, Arthur Bryant’s for their sliced brisket, or Gates for their baked beans, ribs, and (in my opinion), the world’s best sauce, Gates Extra Hot.

We buy the rubs and the sauces and bring them home to Tucson, but we were never able to come close to replicating the masters from our backyard. Until we bought a smoker.

The electric smoker is to the outdoor grill, what the crockpot is to the kitchen stove. Like the crockpot, you simply turn it on, insert raw, seasoned meat, and when you return many hours later, you have tender, smokey, and dare I say it … KC worthy BBQ. Meat literally falls off the rib bones. Pork shoulder so tender you can shred it with your fingers. And the smoked salmon? OMG!

At our February 23 How to Smoke ‘fall off the bone, mouth drooling, finger licking’ Meat class, we will review seasoning and cooking recipes for pork, beef and fish, sampling smoked versions of all the above with a nice assortment of side dishes. If you’re gearing up for a Rodeo weekend BBQ and want to try something different, this is a class you won’t want to miss!

I know there are a lot of cities that claim to be the most loyal of NFL football fans, but I have personally never witnessed more devoted fans than those in Kansas City. I grew up in Seattle and the fandom and the 11 bandwagon didn’t happen until Russell Wilson led the team to a Super Bowl win in 2014. Here in AZ, the Cardinals were undefeated for their first 7 games this season and I rarely saw Cardinals gear. In KC, Mahomes jerseys are everywhere, and you can see at least one Chiefs flag on every street.

Five years ago, my family had the unique opportunity to join a group of highly devoted Chiefs fans to tailgate before a morning game. We were lined up for the entrance before six am, with hundreds of other Chiefs fans, for an eleven am kickoff. When the gates opened, it was like a shotgun start for the remake of Cannonball Run. I’m fairly certain our ride (a bus renovated into the ultimate Chief mobile) took more than one corner on only two wheels.

After four hours of tailgating, we made our way to our seats, which were so close to the field we could feel the heat from the tunnel flames. The roar of the crowd during the Tomahawk Chop is really something.

My sister is a Director at Children’s Mercy Hospital and said Mahomes is a frequent visitor. A truly nice guy, committed to the community, and based upon his performance against the Buffalo Bills last week, might just be worth that insanely huge salary.

Last week, Antsy Nancy hosted a team building event for a group of colleagues with a Super Bowl theme. The group learned how to make Soft Pretzels with Cheese & Sausage Dip and whipped up more than one batch of The BEST Margaritas. They had a blast! If you have a team that want to get together for a fun activity, we’d love to plan a private event perfect for your group.

← Antsy Nancy LLC to Provide Monthly Classes at The Highlands, Dove Mountain
Challenge: 10 New Outfits from My Own Closet →